The following are some commonly-used terms in the courtroom and their definitions. 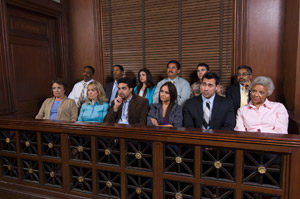 When you go to trial and decide to have a jury there will be 6 or 12 people, who are chosen by the 2 opposing attorneys. They will decide if you are guilty or not of your charges. These people are chosen from the community and are not on either you side or the prosecutor’s side. 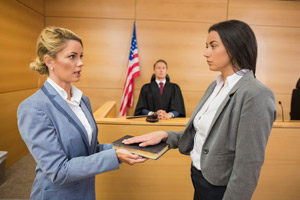 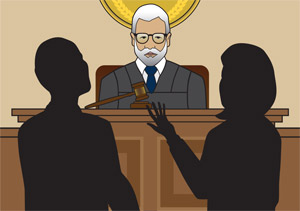 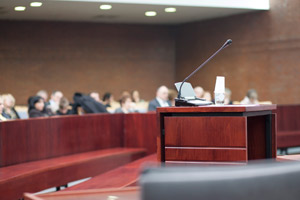 If you have a jury trial, your lawyer and the state attorney will pick the jury. The jury is composed of six or twelve people who live in the community where the crime was committed.

After the jury is picked, the trial will begin. Each lawyer will tell the jury what they are going to prove. The State goes first. He will tell the jury that he can prove you committed the crime with which you were charged. Your lawyer will then address the jury and tell them there is not enough evidence that you committed this crime, or he may say that you did not do it and he can prove that.

After that, there will be final arguments to the jury. Both the State attorney and you lawyer will try to get the jury on their side.

Then, the jury will make the final decision. The judge will tell them the rules. The jury will then discuss privately the evidence and decide among themselves if you are guilty or not. 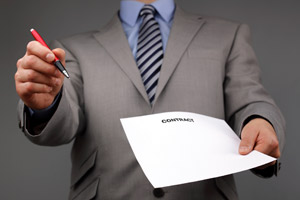 A plea bargain is a deal worked out between the State attorney and your attorney. Some examples of plea bargains include:

It is important to remember you do not have to accept the plea bargain that has been worked out. However, if you go to trial and are found guilty on your original charges, it is possible that specific rights. These are: the right to a trial, the right to testify in your own defense and the right to argue against evidence.

If you plead No Contest, you give up your right to a trial by jury. The decision as to what happens and the possible penalties becomes the decision of the judge. It is important to note that a plea of No Contest is treated as if you pled guilty.

To plead Not Guilty means you say you did not do the crime for which you are charged. This means you are going to TRIAL. 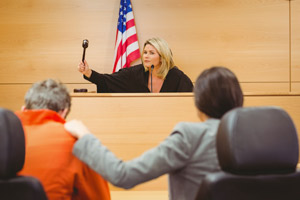 To plead Guilty is to admit to the court that you did the crime for which you were arrested. This means you want to accept a PLEA BARGAIN.