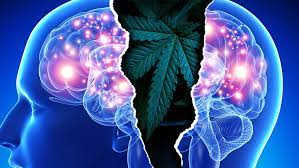 There’s no single cause of the condition — it’s a complicated disease that involves many factors. Genetics play a part. Viruses or poor nutrition before birth might as well. Issues with key brain chemicals can make you more likely to get the disease. Scientists also are continuing to study the role of drug use — including marijuana — in schizophrenia.

One analysis of several studies found that marijuana, also called cannabis, is one of the most commonly abused substances among people with schizophrenia. Young people with the condition, in particular, may abuse it more often than alcohol.  Learn more about what it means to have both a substance abuse problem and a mental health diagnosis.

Researchers have puzzled over what that link means. Some say that people with schizophrenia may be more likely to use the drug because they’re looking for ways to ease their symptoms. But it’s unlikely that self-medication alone can explain the relationship between marijuana use and schizophrenia.ADVERTISEMENT

One thing that marijuana and schizophrenia have in common is psychosis. It isn’t a mental illness — rather, it’s a symptom. When you have psychosis, your thoughts are disrupted in a way that makes it hard for you to tell what’s real and what’s not. You might see or hear things that aren’t there, or you might have strange thoughts that won’t go away. Psychosis is a symptom of schizophrenia.

Studies have found that when you’re high on marijuana, you can have psychotic symptoms. The effect goes away as the high wears off.

The link between marijuana and psychosis goes beyond a short-lived high. If you already have schizophrenia and use the drug, your symptoms may get worse. You may have more psychotic episodes and spend more time in the hospital.

Researchers also have found that if you carry certain types of specific genes that affect brain chemistry, marijuana use can raise the chance you’ll have schizophrenia. One of those genes is called AKT1. Another is called COMT.

Cannabis may cause schizophrenia symptoms to start earlier in life, too. Typically, men show signs of the disorder in their late teens to early 20s, and women in their late 20s to early 30s. Using marijuana may make symptoms show up as much as 3 years earlier.The age at which you start using marijuana also might make a difference. Earlier use, especially during the teen years, may mean a greater chance of having schizophrenia, perhaps because your brain is still developing during this time.

If you have a parent or sibling with schizophrenia, you already have a higher chance of getting the disease. Using cannabis can make your odds even worse, taking them from one in 10 to one in five.

Although the marijuana ingredient THC is thought to trigger psychosis, another component, cannabidiol (CBD), seems to fight it.https://457aed90f70b4a8b20adafbeeabbc124.safeframe.googlesyndication.com/safeframe/1-0-38/html/container.html

In one study, people with schizophrenia who were treated with CBD saw their symptoms improve and had fewer side effects than those who took traditional antipsychotic medications.

It’s important to note, though, that these people were treated with a medical product in a supervised, clinical setting. That’s not the same thing as smoking weed on your own at home.

Although the exact nature of the marijuana-schizophrenia link is still murky, doctors know enough to offer some guidelines: